This is an open-letter to a co-worker that I thought might make a nice warm-up to the full-blown Color Science and Photoshop LAB Mode article that is upcoming. Enjoy and watch for the article!

(Join the newsletter to be notified when I release those big things – this Color Theory one as well as an Actions tutorial video series and a full-on L*a*b series of videos are forthcoming!)

The other day I mentioned colors used in the
L*a*b color mode and which were opposites.

Naturally, being an ART student, you countered me (a former graphic arts college
professor, yet!) in my definition of what opposite colors were. Well, you were right…
historically speaking at least. I didn’t have time to go into it then,
recognizing it as a near universal problem when addressing color science to
those trained in the traditional ways that Art schools portray the issue.

Check this article at Wikipedia to understand what I’m referring to! 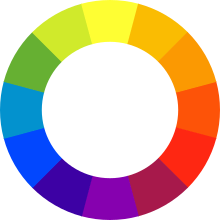 What I described as opposites were the scientifically opposite colors according to how the eye sees color. Conveniently, these break down into the primary colors of light vs pigments. Those are called “additive” vs “subtractive”, as light “adds together” to make colors, while pigments “subtract out” to reflect only the remaining colors of light.
Light <=opposite=> Pigment
Red <==> Cyan
Green <==> Magenta
Blue <==> Yellow

Pigments add a “K” or blacK pigment for printing to save on color ink (not having to use three colors always to produce every shade of gray).

Light mixes so that equal percentages of Red, Green and Blue equals a gray. This handy fact is used in color correcting in RGB mode, making it easy when we KNOW that a certain color in a photo is supposed to be a shade of gray.

Ideal pigments would mix 33/33/33 to produce gray, but in reality, because it is so difficult to produce a “strong” enough Cyan, the breakdown is more like 36%-C/27%-M/27%-Y to produce a neutral gray.

A *very *simplified way of looking at this is:
Cyan pigment looks “Cyan” because it soaks up all the Red light and reflects Blue
and Green light, which mix in the eye to make Cyan to the brain.

Pigments are “light sponges” this way, soaking up certain colors of light and
reflecting whatever is not soaked up.

So, similarly, a “Red” pigment is soaking up all the Blue and Green light
and only is reflecting the Red light.

So, if you are following this as to pigments, Red, Green and Blue PIGMENTS (RGB being also the light primaries) soak up two light primaries each and reflect only one.

Cyan, Magenta and Yellow soak up ONE light primary and reflect TWO! Those
are mixed in the eye to produce the color we “see”.

There *IS* an orange light *frequency*, etc., but in color science, which
has to do mostly with how the eye and brain SEES colors, the RGB light
primaries apply.

Your RGB emitting computer monitor produces a yellow LOOKING color, not light at a frequency corresponding to pure yellow light! When our eye sees an equal mixture of Red and Green, it “perceives” that as Yellow (ie., Not-Blue!!!! See below!)

Your monitor does not have Yellow phosphors, and emits no Yellow frequency light, but we “see” Yellow from the simultaneous Red and Green light that the monitor DOES emit. Wild, eh?

Technically, according to the “opponent process theory” the eye sees
Green/Not Green(magenta) and Blue/Not Blue(yellow)!!!) This is exactly what
the L*a*b color mode in Photoshop allows you to adjust. This is usually
stated as “yellow as opposed to blue” and as “green as opposed to magenta”
in L*a*b terms.

However, that is only a way of abstracting things, so don’t fret too much! An increase in the a and b channel’s “warm tones” together in L*a*b produces that Red (stronger Magenta in a-channel mixed with stronger Yellow in the b-channel), and a decrease in both a and b channels (the cool tones) produces the Cyan (“Greener” in a-channel mixed with “Bluer” in b). But it’s good that you are starting to “get” the way the eye/brain actually sees via a “less or more” relationship than as literal detecting of specific frequencies like some kind of electronic sensor would!

In short, in L*a*b mode, positive numbers in the a-channel and b-channel designate the warmer colors of Magenta, Yellow and Red (both a & b positive), while negative numbers in the a-channel and b-channel designate the cooler colors of Green, Blue and Cyan (both a & b negative). A negative a-channel with a positive-b would mix Green with Yellow for that Yellowish-Green that we see most often in nature, while a positive a-channel with a negative-b would mix Magenta with Blue to produce Purple. So, that’s where the intermediaries come from, at least in the L*a*b model.

other cone by that specific frequency exciting it as well. Wow! As it says
in the trichromatic theory<http://en.wikipedia.org/wiki/Trichromatic_theory>
page:
“For example, moderate stimulation of a medium-wavelength cone cell could
mean that it is being stimulated by very bright red (long-wavelength) light,
or by not very intense yellowish-green light. But very bright red light
would produce a stronger response from L (red-sensitive) cones than from M
(yellowish-green sensitive) cones, while not very intense yellowish light
would produce a stronger response from M cones than from other cones.”

So, a combination of stimulated cones results in there being brightness and
intensity info. Cool.

Here’s the whole story as to the physiology of color perception:
http://en.wikipedia.org/wiki/Color_vision.
*
*
I love the L*a*b mode in Photoshop. As Dan Margulis puts in his opening to
Chapter 2 of The Canyon Conundrum, “The structure of LAB is frightening:
opponent-color channels; a zero in the middle of a curve; negative numbers
for cool colors and positive numbers for warm ones; colors that are well
outside the gamut of any output device. And outright imaginary colors, ones
that don’t and couldn’t possibly exist anywhere but in the mind. But there’s
logic behind the lunacy, and with practice the system is easy to use.”

The “Don’t Panic!” thread at DigitalGrin.com, where rutt summarizes chapter 2 of Dan’s book and there is discussion afterwards. Excellent!